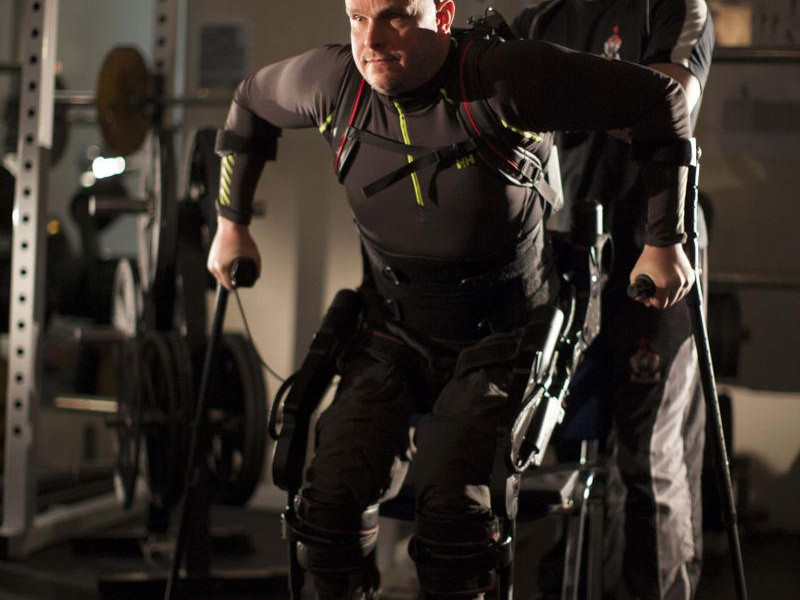 Can you ever imagine being paralysed? Not being able to walk at all for over 4 years?

Mark Pollock had lost his sight in 1998 and subsequently went on to become an athlete, competing in endurance races across a variety of terrain. He was the first blind man to race to the South Pole, and won medals for Northern Ireland in the Commonwealth Rowing Championships.

In 2010, Pollock fell from a second-storey window. He broke his spine, which left him paralysed from the waist down.

Now after years of research, a team of scientists at the University of California, Los Angeles have devised a system that, after five days of training, allowed Pollock to take thousands of steps in the following two weeks, with full control of his own muscles. It is, the team says, the first time a person with chronic, complete paralysis has been able to do so.

Robotic Exoskeletons have been used in the past to help partially paralysed patients to walk again, however a new invention has allowed an exoskeleton to be connected to a patients spinal cord, it allows the user to walk freely whilst still using their legs as much as they can. The device monitors to amount of help a patient needs and immediately adjusts to allow them to walk freely.

Innovations in technology allow us to move forward with what we can offer our clients. A new advancement leads to new solutions and expands our horizons. At Automate Systems we are always discovering new technologies in our sectors and implementing them in unique ways to create the most efficient solutions. Take a look at what we do, here.